Major article (36,000 words) by crusading publisher and experienced trial lawyer Thomas Watson (later a US senator from Georgia) confirming the guilt of Leo Frank (a New York City Jew, president of B'nai B'rith of Atlanta, and manager at an Atlanta pencil factory) in the rape and murder of his 13-year-old employee, Mary Phagan. Leo Frank had been found guilty by an Atlanta jury and sentenced to death in August 1913, but was still appealing his sentence when this March 1915 article came out, and a massive nationwide media campaign was accusing Georgians of "antisemitism." 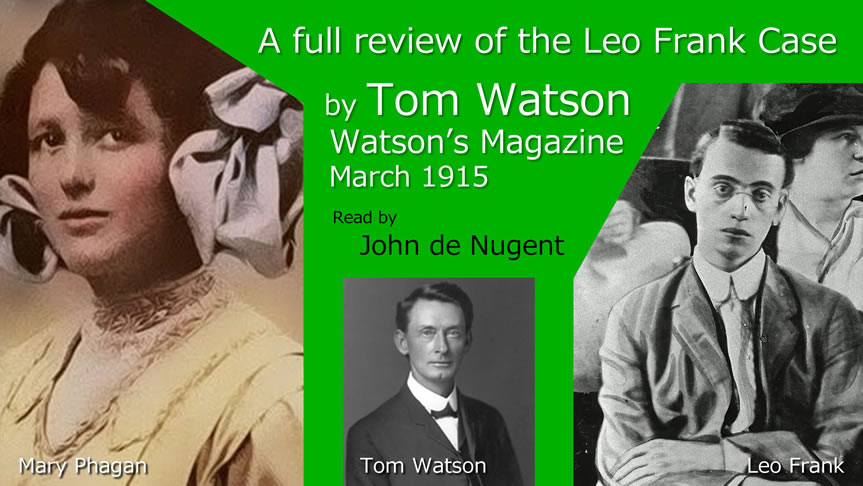 DOWNLOAD - Stephen Goodson - A history of central banking and the enslavement of mankind In a...

Originally published in 1919, this new translation of one of the most important historical economic...

Knut Hamsun - Growth of the Soil

Growth of the Soil (Norwegian Markens Grøde), is a novel by Knut Hamsun which won him the Nobel...

Tom E. Watson was an American congressman and newspaper editor who rose to prominence during the Leo...